I know I have been a huge slacker about updating recently and almost every day I take picture or think of something that would make a good entry but the actual execution is somehow lacking. Today is not much of an exception. I don't have time to think of anything clever to say but I do have a bunch of Bella pictures to post, which is the main reason people read this blog anyway. I have been told by several people that they have been checking in. If you are a lurker feel free to make comments, I love them it makes me feel less like I am just sending posts off into the great unknown.


So without any further adieu Bella Updates:


She is now a fairly good walker, she took her first step in grandpa's hotel room in Uruguay and then in the airport before coming home. My dad worked with her a lot during the trip and I think was determined that she was going to leave there walking. The video doesn't want to upload but I'll try again tomorrow.

Her hair is almost long enough to do something with. This is my first attempt at pigtails per the request of Auntie Emmy. She screamed and cried the whole time I tried to put them in and they lasted all of an hour. So it may be a while before we attempt it again. 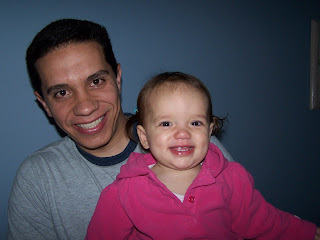 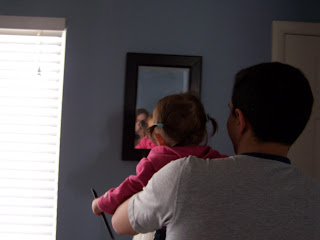 And other random pictures of dinnertime (she was eating black beans) and a recent evening in the park: 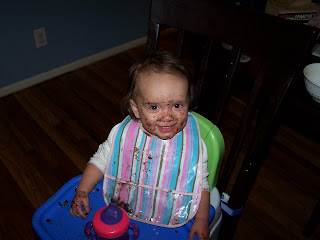 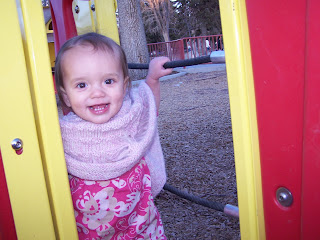 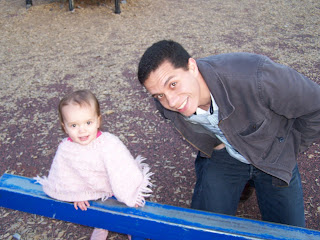 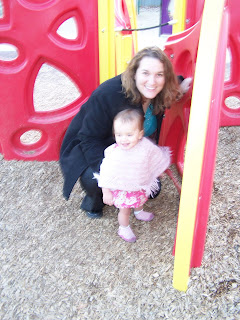 She is wearing the fantastic pink poncho that Grandpa bought her in Uruguay. So much easier to put on than a jacket.

Seriously, you have no idea how often I click on your blog link. So I'm really glad to get awarded.

Cute pictures. My suggestion for doing hair, let her stand in front of the mirror and brush her teeth or something. Hannah will stand there for a fairly long time and let me do her hair. She prefers if the water is turned on as well. AJ :)

Pigtails are sooooo adorable! Eleanor didn't like hers at first, either. Now she loves 'em. Eh, kids.

I love the walking video (above this post)! She's getting SO BIG!