Guess who I met at a random Costco in Las Vegas last weekend selling his wares? 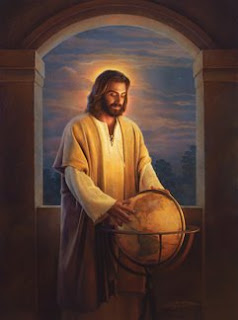 That's right Greg Olsen himself, in all his glory selling and signing his artwork next to cases of frozen burritos and huge bags of apples. It was such a random encounter. He was very nice and chatted with me and my sister Emily for a few minutes and even gave us a copy of his art catalog. I almost asked him to sign the catalog but I thought that would be a bit much. Not to mention cheap as he was obviously there as a ploy to try and sell stuff. I guess that is one way to try and take your art to a more mainstream audience.

hey, my sister bought be a greg olsen picture at the costco in arizona. she had it signed and everything. how funny.